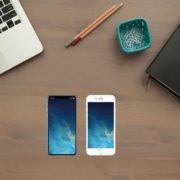 At Oak City Labs, we’re working more and more with computer vision (CV) and image analysis, so it’s exciting to see how others are using CV to solve problems. Face ID from Apple has garnered a ton of recognition in the past few months as they attempt to use CV to solve the issue of mobile authentication.

FaceID is a technology that Apple shipped in the fall of 2017 as part of the iPhone X. The phone projects a constellation of 30,000 infrared dots onto your face and the user facing camera reads the location of those dots. The phone can use that positional information to create a 3D map with enough detail that it’s unique (with a one in a million chance of false positives).

FaceID replaces TouchID, a fingerprint based authentication technology that is fast and relatively mature. I’ve spoken with some folks who lament the loss of TouchID in favor of FaceID. They miss the ability to unlock a phone with only touch without having to ‘frame’ their face, so the phone gets a good look at it. Others say FaceID is too slow, or doesn’t work consistently enough, falling back to manual passcode entry. While FaceID might have some rough edges in this initial release, in the long term, FaceID will win out over TouchID.

TouchID was a great stepping stone, enabling much better security with relatively low friction. But it didn’t work for everyone. I know several people who aren’t able to consistently unlock a phone with TouchID. In my experience, they all have small hands and slim fingers that don’t seem to adequately cover the TouchID sensor. The other group with TouchID issues all have “end of the world” type cases on their phones. These big, bulky, indestructible cases promise to save your phone from the harsh reality of a concrete world. While they do an admirable job, they often make it physically difficult to place a finger fully on the TouchID sensor, rendering it useless. These are the worst kind of experiences for a technology like TouchID, where they train the user that it’s difficult to use and unreliable.

FaceID solves a lot of these issues. By not requiring physical contact, having the “right size” fingers isn’t an issue. Neither is encasing your phone in drop-proof armor as long as the camera can still see. Other issues with FaceID, like taking too long or having to ‘frame’ your face for the phone are just growing pains associated with an initial release. FaceID is usually fast enough not to notice now, and in a few years time, it will be fast enough to be unnoticeable. I also expect the cameras to continue to improve their field of view so FaceID is effective at wider angles. As the software is refined and the hardware evolves, FaceID will only improve.

FaceID brings something to the table that TouchID simply can’t — continuous authentication. That’s the idea that authentication isn’t something that happens once when you start a session, but something that happens continuously as long as you’re using the device. You see a bit of this on the iPhone X with notifications. When a new notification pops up on the screen, it doesn’t have real content. The phone shows a “New Email” pop up, but no content or who it’s from. When you, the phone’s owner, pick up the phone and look at it, FaceID verifies you and the notification changes to show who the email is from and the first bit of text. Imagine extending this to third party apps like 1Password. When you’re looking at the screen, the passwords might be automatically displayed, but when you look away or put the phone down, they’re obscured again. You could also imagine an online testing service that could use continuous authentication to ensure that you’re the one taking the test and not your buddy who’s much better at calculus. We’re scratching the surface of all new use cases for security and convenience with continuous authentication and I’m very excited to see where we’ll go next.

As FaceID becomes commonplace, we’ll see it adopted in many devices beyond phones and tablets. Because it doesn’t rely on physical contact, like TouchID, it’s easier to see it adapted to devices like AppleTV. In the large screen, 10 foot interface, FaceID could be the key to finally having a seamless multi-user experience. As I approach the TV, I’m identified and verified and I have access to all my content. Kids in the house might be identified in the same way and presented with only their kid friendly content. And if we really want to jump ahead, imagine FaceID for your car, where it unlocks and starts because it recognize you as it’s owner.

TouchID was an incredible innovation in making devices more secure with less burden on the user. FaceID is the next step in the evolution of strong security coupled with ease of use. As this technology becomes a staple of our digital world, we’ll see it applied to more and more niches. As we develop computer vision solutions at Oak City Labs, we’ll be considering how we can incorporate this kind of ingenuity as we solve problems for our clients. If you have a computer vision problem that you need help with, let us know! We’d love to speak to you!