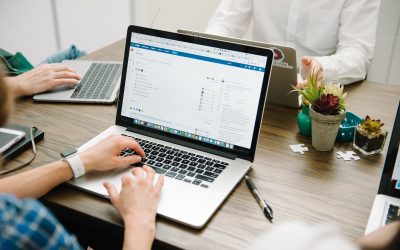 A few weeks ago at the All Things Open conference I was introduced to a term I had heard a few times but had not done much research on: “Progressive Web Apps”. Wikipedia describes Progressive Web Apps (PWAs) as “regular web pages or websites but can appear to the user like traditional applications or native mobile applications. In other words, PWAs are websites that look and behave like mobile apps. Now, isn’t that interesting?

It appears that the main priority of PWAs is to combine the benefits of modern browsers and web development with the benefits of a mobile experience. Several checklists by Google Developers contain the requirements for being considered a baseline PWA as well as an exemplary PWA. They also suggest using the Lighthouse tool for “improving the performance, quality, and correctness of your webapps.”

The baseline PWA requirements are:

It is evident from this list of requirements that Progressive Web Apps are really aimed at providing a secure, modern online and offline experience, much like mobile apps. Let’s look at some reasons why people might prefer a PWA to a native mobile app.

PWAs allow developers to leverage the search engine benefits of SEO practices. In this way, existing search engine SEO strategies can be employed in order to promote an app rather than App Store Optimization techniques.

One of the requirements for classification as a PWA is that is works across different browsers. This rule means that not only can PWAs be used on computers across operating systems, but on mobile web browsers as well.

One of the typical benefits of mobile apps over web apps are the amount of storage you have access to. With modern Cache APIs, users can install their PWAs to their home screen and access the app offline without needing to download any additional data. This functionality mimics that of a mobile app and unlike most websites, allows users to use the app even without internet.

The age of notifications is upon us. Hardly an hour goes by without receiving a handful of notifications from various social media networks, emails, messages, etc. PWAs bring this functionality to the web, allowing you to receive notifications straight to your device, whatever it may be.

While there are many upsides to the growth of Progressive Web Apps, upsides I am personally excited about, I would be remiss if I didn’t address their potential downsides as well.

Because PWAs don’t receive the same sort of App Store review that Google and Apple require, developers can stick anything they want into their apps. This means that if a developer chooses to be secretly malicious, they could, and there’s no review process stopping them from doing so.

Web apps can do a lot, but they can’t do everything. There is a lot of functionality only able to be utilized by native mobile apps still. PWAs are gaining ground every day, and as such are growing in the number of previously native-only features offered. Despite their gains, however, native apps still have many features that PWAs simply don’t have the ability to accomplish yet. Check this site to see if the functionality you want to add can be done with a PWA!

Plain and simple, iOS likes iOS apps. PWAs are only as successful as the platform that they are to be used on. As stated above, PWAs are gaining support every day. Within a few years I fully expect PWAs to have a majority of the functionality normally afforded solely to native apps.

Progressive Web Apps are a wave. Whether they are the wave of the future is yet to be seen. The fact that Google is pushing PWAs should be a sign of things to come, as they are often at the forefront of web development technologies (See: Angular, Vue). It will be awhile before PWAs gain all the functionality that native apps currently have, but they are on their way. Batten down the hatches and ignore the naysayers – viva la Progressive Web App! 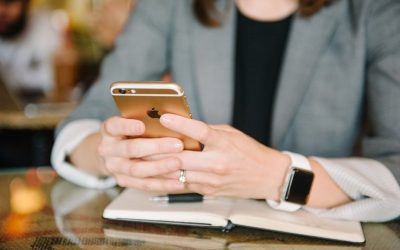 Hurricane season may be tapering off as we enter the last week of October, but the use of technology during all sorts of natural disasters shows no signs of stopping. As we all know, the United States experienced three powerful hurricanes in August and September (Harvey, Irma and Maria), each delivering an unprecedented amount of flooding and damage to the areas impacted. Then deadly wildfires ripped through the California wine country. Earthquakes shook Mexico.

More than ever before, we witnessed mobile apps at work during these disasters connecting victims with the aid they desperately needed.

Zello, a free app that turns your iPhone into a walkie-talkie by using a WiFi signal when cell service was down, shot to the top of the App Store. And it was used by the “Cajun Navy” to rescue hundreds in Texas following the flooding by Hurricane Harvey.

Ride-sharing apps Uber and Lyft offered free rides to shelters for evacuees, while AirBnB used their platform to arrange free shelter for victims in the homes of hosts.

In Florida with Hurricane Irma approaching, residents were urged to flee north and as roads jammed with traffic, gas was in short supply and high demand. Florida Governor Rick Scott urged citizens to utilize GasBuddy, an iOS and Android app which typically crowdsources pump prices from users, to track fuel availability. Elsewhere in Florida, Tesla gave drivers of certain models an extra boost on their batteries allowing for additional mileage before needing to recharge.

More than a month after Hurricane Maria made landfall in Puerto Rico, the island is still largely without power and cellular service. But efforts from Google, Apple and AT&T within the past week have allowed some users to reconnect to cellular service through Alphabet X’s Project Loon balloons. Yes, balloons are currently helping provide internet to the island.

Both Apple and Android released collections of apps tailored for the disasters at hand, such as the Google Play Store’s Hurricane Irma collection.

Like most things in life, technology’s presence in natural disaster recoveries is not without blemish as CEOs of major tech giants are known to make a blunder…or two…or three. However, it’s obvious that blemishes and all, technology will now always play a vital part in how we respond to devastation. In this article, former FEMA spokesperson Rafael Lemaitre admitted that in a post-Katrina world there is a part for citizens’ and the private sector’s involvement in recovery efforts. No longer do we expect or count on the government to handle it all. And, according to Lemaitre, tech companies…“could be a big help.” 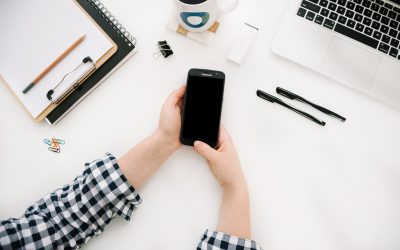 Of course, total installs and positive reviews are extremely helpful for your app’s visibility, but there are also steps you can take to ensure that Google’s search algorithm will prioritize your app as highly as possible in the search results.

Keywords in the Application Title

Use keywords in your application title. Google takes app title into account when ranking your app in search results, so adding a few relevant and descriptive keywords to your app’s title can help it rank higher. There are 50 characters (recently upped from 30) to work with, so come up with a name that succinctly summarizes your app. For example, the GrubHub Google Play Store listing’s title is not just “Grubhub” it is “Grubhub Food Delivery/Takeout”.

Keywords in the App Description

Use keywords in the app description. In the Google Play Store, description greatly affects your app’s ranking (unlike Apple’s App Store, which provides a separate keyword field and does not take the description into account when ranking). Repeat your chosen keywords several times in your description, but use them in a way that sounds natural (Google has policies against spamming keywords, see here).

Long-tail keywords refer to phrases that are specific enough to target users that are in the later stages of their search for an app. These users are more likely to find what they are looking for in your app, and thus are more likely to install. Long-tail keywords also face less competition than more generic keywords in search results. Think “local used car shopping” vs. just “shopping”. An app that helps users find used cars for sale in their area is more likely to show up in a search for “local used car shopping” than in a search for “shopping” because fewer apps are using that same combination of keywords. Keep this concept in mind when determining what keywords to include in your app’s store listing. 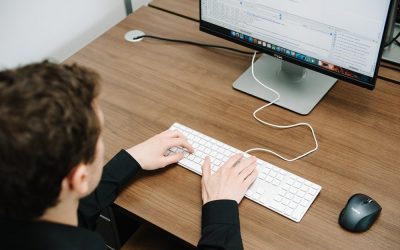