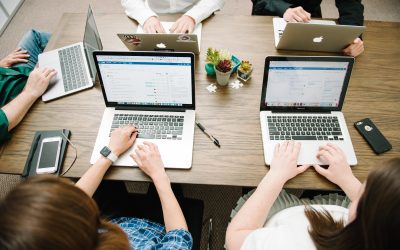 It’s just about that time of year again! Yes, the NCAA Basketball Tournament, aka March Madness, is upon us. The team that goes the furthest in the tournament usually has a stellar starting lineup of players that work together to win game after game – and eventually that coveted championship trophy. This is not unlike the team required to bring your mobile app idea to life. Today we’re breaking down the key players involved with creating a mobile app.

If those involved in developing your mobile app project were an actual basketball team, the project manager would be the point guard. He or she has to have a clear vision of the project at all times and be focused on the big picture goals, while at the same time being intimately familiar with the smaller details of the project. A liaison between the internal development team and the client, the project manager toes the line between all parties to make sure the project stays on time, on budget and within scope.

Continuing with our team comparisons, next we have the strategist who could be fairly compared to the shooting guard. The strategist is the visionary of the project and can sometimes be the same person as the project manager. If the project manager is more logistically focused though, the strategist is strategically focused. He or she is responsible for ensuring that the client’s goals are met through the decisions made during the wireframing, design and development portions of the project. This person must be good at balancing the business needs of the client with the technical considerations of the development team.

Designers or UX specialists often determine the difference between a good app and a great app. A pillar of the development team, the designer is similar to the power forward on a basketball team. He or she creates wireframes and/or visual designs, as well as decides on the screenflow and user interface (UI). The designer often has a basic technical understanding and works well with the team’s developers to ensure the final product is just as visually appealing as it is technically functional.

On a basketball team, the small forward is a versatile player. Adept at handling the ball inside and outside, the small forward excels at offense and defense. Such is the software engineer on a mobile app development team. This role is responsible for bringing together the vision of the strategist, the creative direction from the designer and the technical requirements of the client into a working, functional app. Engineers develop the backend or server side portion of the app, and then the iOS and Android products. They fix bugs given to them following quality assurance (read more on that below) and deploy the app to the Google Play Store or Apple App Store when it’s time to launch.

Just as the center spends the majority of his or her time close to the basket, the quality assurance position is also narrowly focused on doing one job really well. His or her goal is to test, test, test and then test some more. The quality assurance person finds bugs, checks for security holes, confirms the use cases are met, scrolls, taps, and swipes to his or her heart’s content. In short: he or she tries to break the app. The goal is to ensure the product is ready to ship to the client for testing and approval during the beta and release stages of the project.

So there you have it. Your starting lineup as you take on the task of bringing your mobile app idea to life! Sound like a team you’d like playing for you? We’d love to chat!