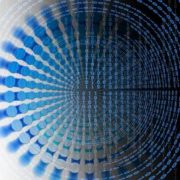 A while back, we introduced you to Amazon Web Services (AWS) for non-technical folks and today we’re continuing the discussion with the AWS cloud based Relational Database Service (RDS). Understanding the basic components of AWS like EC2 and RDS are some of the foundation blocks for most software, including mobile applications. Gaining high level knowledge in these areas can help, whether you’re a new engineer, manager or startup founder. And today’s topic is super important. Why? Because a database typically houses the most important information about your product, customers and business.

A database is at its most basic, a repository for information. With a large software product, you might have multiple databases, but for today we’re going to focus on a single database since most companies start with one. A database could be compared to a fancy spreadsheet.  Instead of tabs like in Microsoft Excel you might have tables and each table contains different bits of information. The way the information in the tables is laid out is called the data model. This is incredibly important as a software product scales because poorly structured data can be a pain in the you know what later on. So it’s not quite as simple as Excel.

The database for your application needs somewhere to live (like AWS or other cloud providers) and an engine that runs it (like Microsoft SQL Server, PostgreSQL, MySQL, Oracle, etc).  For most of our clients, we use AWS and PostgreSQL. In AWS we have a few hosting options, one is that we could spin up an EC2 instance and install PostgreSQL on that instance and then go from there. However, when we do that, we need to worry about making sure it’s highly available (always up), backed up (disaster recovery) and updated (latest version). If that single EC2 instance were to stop working, then we lose access to our data…and with most applications, that’s not a good thing.

That’s why Amazon introduced the Relational Database Service (RDS). RDS is not a specific type of database or database engine. It’s a managed service running in the AWS cloud for databases that is easy to set up, deploy, scale and update a database with the click of the button. No need to worry about high availability or keeping the database versions up to date. RDS will take care of it for you. Need to have everything backed up? No problem, it’s built in to RDS. Instead of building out everything necessary to have a highly available, durable and updated database, it’s already built into RDS.

On the cost front, RDS can look expensive but consider most companies would need to employ a dedicated person to setup and manage the infrastructure. And instead of days to setup a database, it took a few minutes. That’s time to be used elsewhere. RDS has simplified an incredibly complex process and should be considered as part of any scalable software infrastructure.

We’ve covered what a database is, why it’s important and why you should consider RDS as an easy way to setup a highly reliable database running in the AWS cloud. If you have any questions about how this might fit into your project, send us a note. 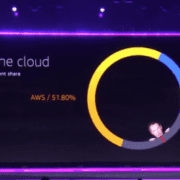 Amazon recently announced over 100 new cloud services and products at the latest re:Invent conference. While there are tons to be excited about, there are four cloud services that we look forward to using in future projects. Most we’ve had to build from scratch at some point or have had clients ask for them only to be disappointed in the high cost of development. All four services introduce easier ways to integrate machine learning into your cloud based software or mobile application, without significant added cost.

When shopping on Amazon.com, have you noticed the recommendations based on your latest purchases? That’s all created by a recommendation engine that is based on things you like, and things other people like you have purchased too. Amazon is now making similar recommendation models available to developers. Imagine you have an app, like CurEat, that curates local restaurants and lists.  You can now make more personalized recommendations using Amazon Personalize instead of developing something from the ground up.

Remember using spreadsheets to forecast sales for your company, or maybe for a school project? Ok, so maybe not everyone had to do that, but at some point in your career you’ve likely been asked to forecast sales, inventory, or some sort of business or application metric. With Amazon Forecast, you can now feed your data into deep learning algorithms based on the same algorithms Amazon uses for their own business. Amazon says their forecasts are 50% more accurate and are completely automated. Say goodbye to continuous feeding and care of spreadsheets for forecasts. As developers, we can use Amazon Forecast in all sorts of features and components, from predicting product usage to in app features like forecasting production material needs or equipment breakdown in IoT devices.

Amazon Textract is like an OCR service except it goes a few steps further and can extract data from fields and tables, and do so very affordably. This is great news for startups or really any company needing to integrate some level of OCR into their product. Imagine quickly building a mobile app that scans old school paper copies of insurance claims, medical records or any paper form. Then taking that data and uploading to a CRM or EHR system, quickly and easily. That’s just the beginning of what’s possible with Textract and there are sure to be more complex, more exciting uses for something that is now incredibly inexpensive and accessible. How inexpensive? Try $1.50 per 1,000 pages for the Document Text API. Read more here.

These are just four of the new services that will be available via AWS in the next few months, and we’re excited to help our clients introduce new features that are now more affordable than ever. If you’d like to hear more about what AWS can offer, contact us or read all the latest announcements from re:Invent here. 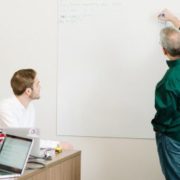