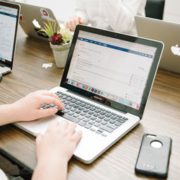 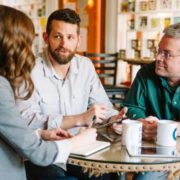 One of the most common questions to pop up when we talk with potential clients (besides “How much?!”) is “What technology can we use that is already out there?”. Regardless of budget, it’s always a good idea to evaluate what technology components you can buy or borrow versus building custom. It could be as simple as using an open source component for a date picker in an iOS mobile application or something a little more complex like a search engine.

Often, our clients do not have in-house software developers, a CTO and/or the time to dig into the technical details. Others may not know it’s even an option in software development to use something already out there. Today, I’m going to walk through three steps for evaluating the build versus buy decision for the non-technical folks out there.

First, make sure you’ve prioritized your product features. If you’re having trouble narrowing them down, and we all do, I highly suggest following one of the three buckets models described by Slava Akamechet or Adam Nash. Slava’s three buckets are best for early-stage products and Adam’s model will fit those that have paying customers. Both will give you the mental framework to break down a giant backlog of features.

Once you have freshly prioritized feature stories in your backlog, try these three simple steps:

This might sound really simple, but I promise you – the mental exercise of prioritizing and then doing #1-3 could save time and money in the long run. And when working with a software development team, you’ll have a foundation of knowledge when it comes to making decisions. If you need help, we’re always happy to set up a coaching session and be your CTO for a few hours. Give us a ring. 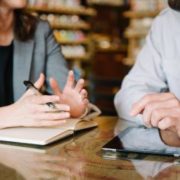 As an app developer, we get to speak with a lot of businesses and entrepreneurs about new apps and ways of using software to solve problems. Most conversations have one thing in common: people immediately think they need custom software development to bring their concept to life. This can lead to an overwhelming experience as the person struggles to simultaneously interview multiple developers and learn about software. All the while, they are also working toward validating that the idea or app will solve a legitimate problem, that it’s a “pain killer” not a “vitamin”.

The good news? Testing your idea can be done in a number of ways that don’t involve significant amounts of coding. Previously we talked about using market research as a first tool to determining market need. Today we’re going to walk through one example of using an off the shelf products to deliver a product to customers.

It’s important to know and consider that using an off the shelf product will also depend on your business. There are some cases where it may not be possible, but I challenge you to think through it. The mental exercise will help clarify the features you need to build before you begin development.

We’ll use a recommendation or content delivery service as our example for this post. A large majority of apps are aggregating data and refining that for a particular type of customer. Menu planning services like eMeals comes to mind. It’s one of the most established meal plan services out there. There are also newer, lesser known services like PrepDish that serve a need in the Gluten Free and Paleo space. It happens to make an excellent example of using pre-built software to create a business. (I’m about to make a lot of assumptions about how these are built based on publicly available information.) But onward because this is an example.

eMeals is a PHP built site and likely has a developer or team working to build out its entire functionality. However, newer services like PrepDish utilize marketing automation software to deliver weekly meal plans. PrepDish is currently using Infusionsoft with a WordPress website. Infusionsoft is a business automation suite where you can pre-define rules or actions that should occur based on input from the user. Ontraport and Salesforce are two other examples of automation suites. Typically a user will go to the PrepDish website, which is hosted with WordPress, and sign up for emails or more information. The flow tends to look like this:

When the user signs up, Infusionsoft takes over. This allows PrepDish’s founder to focus on growing her business while the software handles the rest. The two big pieces of technology used here are WordPress, which handles the marketing site and user accounts, and Infusionsoft, which handles the email automation. Again, I’m making some big assumptions, but if I had to guess she likely hired a developer to make a custom theme for WordPress, set the website up and any necessary plug-ins. And guess what? That can also be done without a developer for those of you willing to push up your sleeves. I don’t know much about Infusionsoft, but the founder may very well have set it up on her own or she might have had someone assist. These services typically provide support (along with a hefty price) and help you get onboarded, so it’s important to use that onboarding time wisely!

There are some cons to using these tools: they don’t scale well and the more you build, the more you rely on the automation suite. As it grows you will need to hire a consultant that specializes in the suite or pay the company for additional help beyond your onboarding training. It can also be very cumbersome to migrate away from a marketing automation suite because they’re proprietary solutions. More than likely as your business grows, you’ll want to build a custom solution to offer a better experience and new features, which will allow you to retain and engage a user base, something essential for long-term growth.

As you can see, custom software development isn’t essential to bring your app idea to life in the early stages of business. With a tremendous amount of free or low cost “off the shelf” options available, there’s no reason you can’t begin and test the idea without the costly investment and complexity that comes with custom software development. And when the time comes for that, you’ll have a much better idea of what actually needs to be built. And when that time comes, we’d love to hear from you!