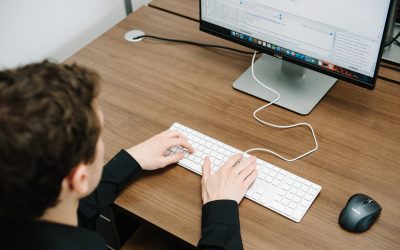 Today I’m going to discuss some pros and cons of Realm and Room for Android data persistence. Room was introduced at Google I/O 2017 as part of the Android Architecture Components. Realm is a mobile database solution that was launched for Android in May 2014 and has become a feature-rich choice for data persistence. While both serve a similar purpose, they are very different in implementation and their effectiveness may vary depending on your projects needs.

Room is just a layer over the native SQLite that comes stock with Android. As such there is a large amount of customizability in the queries (you write your queries in SQL and they are validated at compile time). However, Room also requires that relationships be created using foreign keys and the like, so complicated object graphs can be a bit of a pain to implement. Realm on the other hand requires no SQL knowledge. You do not have to write any SQL statements and object relationships are incredibly simple to implement. Referencing one object (or a list of them) from another object creates the relationship automatically.

Realm is a much larger library than Room because it includes a separate database. It adds somewhere around 3-4 MB to your app’s apk. Because Room is just a layer on top of SQLite, it only adds a few dozen KB to the APK. Room also contains far fewer methods if you are concerned about dex method limit.

Realm requires that objects not be passed between threads. Realm data objects are views into the data that respond to database changes so they are tied to whatever thread the Realm instance that they were retrieved from exists in (if that Realm instance is closed, any objects retrieved from it become invalid). In my experience this isn’t generally much of an issue if you are careful about it, but if you find yourself switching threads a lot you’ll have to create new Realm instances and re-query to get your objects. No such thread limitations exist for Room.

Room is officially supported by Google, so it should remain well supported and will likely have good community support. On the other hand, Realm has been around for a while (officially released about 4 years ago for Android) and has undergone tons of bug fixes and improvements and has an active community. Additionally, Realm supports iOS as well as Android, so developing for both platforms with virtually the same data persistence layer can allow for similar app architectures.

Both libraries support reactive queries, allowing you to subscribe to updates on a view of your data. Room achieves this using LiveData, another part of the Android Architecture Components, which can be linked to an app component (Activity, Fragment, etc.) and update intelligently based on the lifecycle of the component (i.e. not causing UI updates when an Activity is in the background). This is a nice feature to have out of the box and allows you to avoid keeping track of unsubscribing listeners in backgrounded app components. Realm objects, lists, and query results can all be directly subscribed to in order to monitor for changes, convenient features not entirely present in Room. Realm also has an additional library for an auto-updating Recyclerview adapter. While something similar isn’t too complicated to implement with LiveData, Realm’s library comes for free and works well.

Depending on your app’s data model complexity, APK size concerns, and personal experience/preference both Realm and Room are viable options for data persistence. Let us know in the comments which one you prefer.