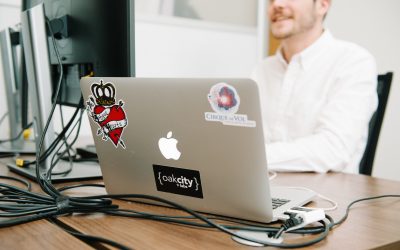 Today I’m offering some tips on how to set up Google Maps in your Android application. This is not meant to be a start to finish tutorial on the process, but instead a few tips to move past some of the stumbling blocks I’ve run into.

To set up a Google API key, you will need your app’s SHA-1 key. The easiest way to get both your debug and release (assuming you have a signing config setup for one of your build variants) SHA-1 keys is to use the method demonstrated here:

Alternatively, the debug SHA-1 key can be found via command line by navigating to your ~/.android directory and running the following command (on Mac):

Getting a Google API key

Add the following meta-data tag to your AndroidManifest.xml file:

It is recommended that you store your Google API key in a string resource and reference it from this meta-data tag. From here, you should be able to add a SupportMapFragment to an activity and get started developing your Google Maps application. Refer to this for how to set up a basic Google Maps activity.

Here are a few brief tips on customizing your app’s Google Map.

Markers are covered extensively in the documentation https://developers.google.com/maps/documentation/android-api/marker. Setting a custom marker image can be easily done, but there doesn’t appear to be a way to set marker size directly in the MarkerOptions. Marker size can instead be set by loading and sizing a bitmap of the marker image first.

The bitmap returned by this method can be handed to the MarkerOptions as follows:

The Google Maps toolbar contains buttons for opening a selected location in a navigation app or in Google Maps. If your user interface covers the toolbar in its default location, you can reposition the toolbar by setting the GoogleMap object’s padding.

Setting the bottom padding will move the toolbar.

To get the GPS bounds of the map that you see on screen, you can use the GoogleMap’s projection as follows: