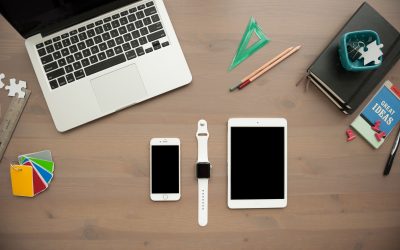 Apple’s latest operating system iOS 11 released earlier this week! Ever since the features were announced at WWDC this past summer, our CTO Jay has been excited for the release. Top features he’s excited about? ARKit (look for this to make a big impact on the way we think about and build apps over the next five years), iPad productivity updates that will allow more users to abandon their desktops for the tablet and Apple Pay integration with Messages – coming “this Fall” – lowering the barrier to entry for many users who have yet to adapt the technology.

The release of iOS 11 also brought about a notable change that is worth sharing.

With its release, iOS 11 will drop support for some of your existing apps causing those apps to stop working altogether. What does that mean? Older apps that are still running with 32-bit architecture will no longer open or work once you upgrade to iOS 11. Only apps using a 64-bit architecture will work in iOS 11.

That may seem harsh, but the reality is that Apple has required all apps since June 2015 to be submitted using 64-bit architecture, so if you have an app that is still 32-bit, that means it hasn’t been updated in at least two years – yikes! Additionally, Apple knows that 32-bit apps occupy a very, very small percentage of App Store income so they have no real incentive to continue providing support for them.

What should you do if you suspect you might have an older 32-bit app? Before upgrading to iOS 11, check in your Settings to see. Then you can decide how to proceed. If you have a 32-bit app that needs to be updated and you’re in need of assistance, you know who to call.

As with any new OS release, it’s important to check your own iOS app thoroughly to ensure all features are working as intended. (Tip: use this article to help guide your testing and make sure you’re covering all the bases.) It is not uncommon to find small (or even large!) features here and there that didn’t fare as well as others in the upgrade. Providing bug fixes and sending a new release out to the App Store is always a welcomed solution to your users.

What are you most excited about with iOS 11? Let us know in the comments below!