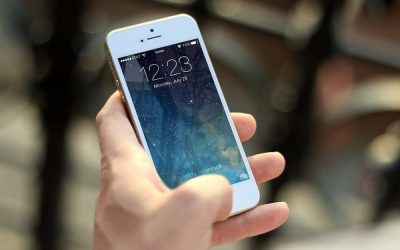 It’s a three letter acronym that’s thrown around all the time, yet most non-technical founders and businesses gloss over the impact of an API, the value it can add to your business, and how it can help you in the future. We’ll start by covering what an API is and how it works.

What is an API?

API stands for application programming interface, and most explanations on the web want to explain a whole bunch of other things like clients, servers, JSON, etc. We won’t go into that for this article because often times it’s kind of boring for folks that don’t work with it everyday.

You probably have a ton of apps on your phone, so for this scenario let’s use Google Maps. When you open Google Maps and search for “grocery”, the app needs to get that information from somewhere.

While most new phones have a ton of processing power, the amount of data behind something like Google Maps is huge. Since your phone can’t handle all of the data for every possible thing people search for, the data needs to live somewhere else. Additionally, when Google needs to change or update the search results, they don’t want to push constant updates to your phone. So it makes sense for all that data, and all the processing, to sit and take place somewhere else. Usually this is in the cloud, often a service like Amazon Web Services, Google Cloud, Microsoft Azure, etc.

OK, so we know your phone needs to contact the cloud for some information but how does it know which cloud, where in that cloud and what info to get? That’s all a part of the API! The API has a URL just like any other web page. Therefore, when you search for “grocery” in Google Maps, your phone hits that URL in a special way and automagically serves up specific information about grocery stores to your phone.

As one of my former economics professors used to say in class, “So What?” The phone talks to a server (aka the cloud) and the server returns some information that the phone not-so-magically understands, how does that really help?

What does that mean for you or your project?

It means that your project’s API (the thing that magically serves up content so the app on the phone can operate) needs to be super well documented, well laid out and secure. It also means that time and attention should be devoted to correctly building it out. The API is basically a map for the app on your phone. If you also have a web app that matches, it will use the same API. If the API is poorly documented, you can expect some real problems both during development and afterward – making troubleshooting or sharing information a nightmare.

What does this have to do with business?

A large number of companies sell the data behind an API to other parties. Google, again, is a prime example. As developers, we use the Google Maps API quite a bit.

As a business you may not be thinking about selling the data, but what if you have integration partners down the road? For example if you’re building a CRM, what if people want to sync data between their app and yours? Or if you have a product in the healthcare space, maybe you’ll need to integrate with Epic at some point. You’ll need to not only understand your API but understand their API in order to be successful.

Other examples include the Facebook Graph API and Twitter APIs.  Both are open to developers to use for new apps. ProgrammableWeb has an online directory of APIs that are both free and paid. It’s worth a little searching if you’re building an app to see if you can buy versus build from scratch.

The API market itself is continuing to grow, including tools and servers around APIs. Take a look at two major acquisitions by Oracle and Google for API design, documentation tools and management services.

If you’re building an app, definitely consider the market potential for the API. Often, there is more long term viability behind the data and what others can do with the data versus the actual app.