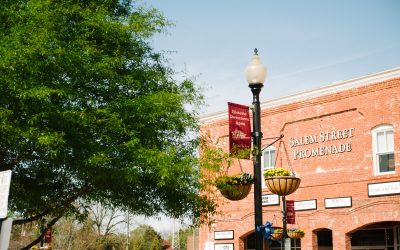 Recently, I had the opportunity to speak at a STEM in the Park + NetApp event to bring about 100 middle school girls to view CODEGIRL. Both organizations are doing amazing work introducing young ladies to the STEM fields. What struck me most was the volunteerism, camaraderie and eagerness to learn among the kids. It also reminded me that there is so much opportunity out there, we just need to have our eyes open and teach our children the same. Today is a little different than our normal tech posts, but everyone needs a little inspiration and motivation now and then. Zig Ziglar said:

“People often say that motivation doesn’t last. Well, neither does bathing – that’s why we recommend it daily.”

Russell Conwell, the founder of Temple University, once gave a well known speech titled Acres of Diamonds. The supposedly true story is about an African farmer named Ali Hafed who heard stories of fortune by other farmers. These farmers discovered diamonds on their land and became rich beyond their wildest imagination. Ali Hafed became discontented with his own life and desperately desired the same fortune. He eventually sold his farm and left his family to begin a quest for land that would lead him to riches. He searched through many lands far and wide. Eventually as an old man he became depressed and despondent. He threw himself into a great tidal wave to his death, never to be seen again.

The successor of his land, another farmer, one day strolled along a creek that ran through the property. He noticed a blue flash from the creek bed, knelt down and sifted through the water until he pulled a crystal object from the mud of the creek. He wiped it off, took it home and left it on his mantel above the fireplace, where he quickly forgot about it.

Several weeks later, a visitor stopped by the farmer and noticing the crystal on the mantle picked it up. Instantly he became excited, he was holding a diamond in his hand. The farmer protested at first and the visitor reassured him that it was indeed a diamond. That farm eventually became one of the largest diamond-mines in the world. Had Ali Hafed simply known how to identify and look for diamonds, he would have had the fortune he so desperately wanted.

We’re all standing among our own acres of diamonds. We need the skills and ability to recognize what a diamond looks like in its rough state. A close friend of mine likes to say “challenges beget opportunities”. Or rather, we need to see the challenges around us as diamonds ready to be cut and polished.

It’s easy to look at our community and see the shortcomings, lack of access to capital, users that won’t download a brand new app or timing that just isn’t right. It’s more difficult to look for diamonds in their rough state, recognize them as diamonds and turn them into something beautiful. Stephen Covey says it best:

I believe we’re in an incredible time period to build companies, to solve problems with data and technology and to make things better. Never before has it been cheaper to build out infrastructure, access people through networking events and pull people together in a community. Our most fun projects have been led by business owners and founders that see a problem to tackle and have a singular mindset to take responsibility and do something about it. They all share a common trait – they have their eyes open to opportunities right in their own backyard.

If you’ve found your diamond, your challenge, your problem to solve – we’ll be here for you when you’re ready.